Over the course of the past 3 months, six postgraduate students from the department (Amy Taylor, Azile Mdleleni, Brenda Maina, Brian Nkala, Suzan Sempe, and Tsholanang Rammopo) partook in an international and interdisciplinary project called iPOLE. They were accompanied by Dr Nerhene Davis on a trip to Switzerland for the physical kick-off of the project 1 – 7 October 2019.

iPOLE 2019/2020 was focused on promoting the Canton of Aargau, the personality of organisations as well as employer stories. The outcome of the project was prototypes of interactive visualisations and multimedia applications which were done by the various interdisciplinary groups. The groups additionally consisted of students from University of Applied Sciences FHNW, University of Applied Psychology FHNW, Northumbria School of Design and Harbin Institute of Technology: School of Computer Science.

The students expressed having learnt what the working world would be like, having worked with individuals from different backgrounds and disciplines in order to achieve the end products. 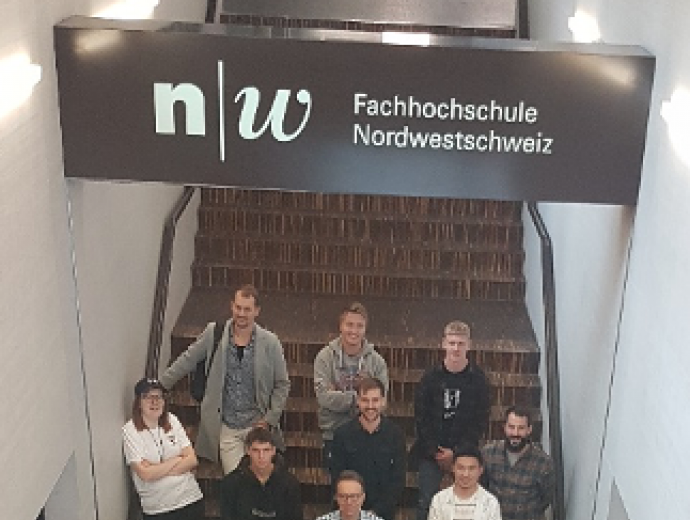