Two UP lecturers elected to SA Association of Geomorphologists Council

Dr Christel Hansen and Michael Loubser, both lecturers in the Department of Geography, Geoinformatics and Meteorology in the Faculty of Natural and Agricultural Sciences at the University of Pretoria (UP), were recently voted onto the Southern African Association of Geomorphologists (SAAG) Council for the 2019 to 2021 term. Dr Hansen is the current SAAG President and Loubser will serve as Secretary on the Council.

Dr Hansen is a professional geographic information science practitioner (GPr GISc), who was recently awarded the prestigious Society of South African Geographers Centenary Award for 2019. She has also been elected to the South African National Committee of the Scientific Committee on Antarctic Research, an interdisciplinary committee of the International Science Council.

Commenting on her re-election to the SAAG, Dr Hansen said: “I have a strong interest in the Arctic and sub-Antarctic, having worked in western Dronning Maud Land of Antarctica and on sub-Antarctic Marion Island for my postgraduate studies. My interest in these areas continues and I now have students working in these areas. The geomorphological aspect of my work is my passion and remains a focus, but I have recently branched out to include more remote sensing and geospatial information resources in my research. This enhances what I have done previously and has opened up avenues to multidisciplinary research and collaborations,” she elaborated.

She said the SAAG fosters ties between those involved in geomorphological research in southern Africa within academia and those on the outside of it, “while ensuring our ties to the rest of the world remain in place”.

“The geomorphology of southern Africa is fascinating and is increasingly becoming more relevant in multi- and cross-disciplinary research. This is partly why I am proud to serve as the President of SAAG for the next term; the other reason being that at SAAG I can easily engage and network with like-minded researchers, staying abreast of developments within geomorphology in our region.

“Serving on the SAAG Council also ensures that I can support students and emerging researchers within this field. Many opportunities awarded to me were because of such support (supporting early career researchers) and this is something I believe in and am supportive of,” Dr Hansen concluded.

Loubser lectures in the Geography section of the Department of Geography, Geoinformatics and Meteorology and also specialises in geomorphology. His research interests include rock weathering, cold-climate studies and experimental design philosophy. In particular, he focuses on the role those underlying thought mechanisms might play in the conclusions that can be drawn from field and laboratory experiments and measurements.

He has been part of three voyages to Antarctica, culminating in his position as Field Team Leader for the Rhodes Geo-Field Team in the 2015/2016 Takeover season. He has also been a member of the South African Association of Geomorphologists since 2012.

Loubser is equally elated to have been voted onto the SAAG Council. “The current SAAG Council comprises a number of relatively young scientists, taking over from many of the more experienced people that have held these positions in past years. It is a privilege to be a part of what one might consider an era of “passing the torch”, that is, new scientists beginning their own journeys into the field under the watchful guidance of those who went before,” Loubser said. 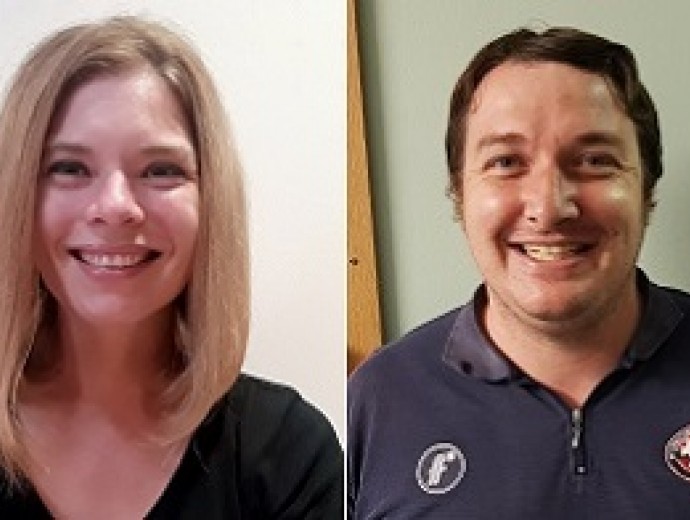