On 28 September 2018, various groups in over 60 countries joined forces to map areas affected by female genital mutilation (FGM). The global mapathon was initiated by Crowd2Map, The United Nations Population Fund (UNFPA) and YouthMappers to encourage mapper world-wide to help map areas where girls are at risk of FGM. The Centre for Geoinformation Science (CGIS) joined forces with St John’s College in Johannesburg to rural Tanzania.

A mapathon (literally “map marathon”) is a collaborative effort, usually performed by groups of people who meet together (e.g. at a university or a company) aimed at collecting specific map data through remote mapping (typically for humanitarian purposes) in places where OpenStreetMap (OSM) data is scarce or non-existent. There is still large parts of Africa and Asia that remains unmapped. This is concerning, as geospatial data is of vital importance for basic services delivery and emergency response, for example.

Maps have already proved to be essential to prevent FGM and respond to incidences in Tanzania (https://www.youtube.com/watch?v=I_XF436QWMg). Thus, the UN General Assembly High Level Panel endorsed this global mapathon to end FGM.

The CGIS YouthMappers joined forces with 160 Gr9 learners from St John’s College in Houghton, Johannesburg, for this mapathon. Two days prior to the mapathon, the final year geoinformatics students trained the boys how to use OSM and what the Humanitarian OpenStreetMap Team (HOT) is. Each class had two sessions before the main mapathon on Friday, 28 September. The mapathon started with a brief introduction of how FGM is affecting girls in Africa. In the 90 minutes, the group collected the location of buildings in rural Tanzania. This data will now be used to generate maps that will be used by girls to locate safehouse.

“Data really powers everything that we do.” – Jeff Weiner 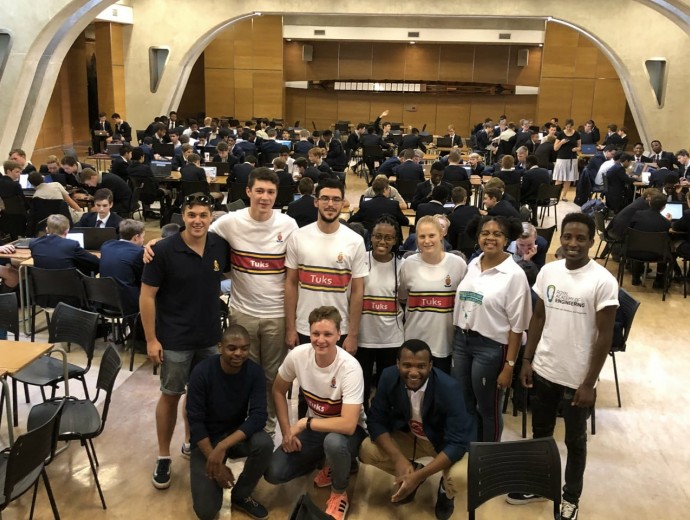