Dr Ensa Johnson, from the Centre for Augmentative and Alternative Communication (CAAC) at the University of Pretoria (UP), received the Margaret McNamara Education Award for women who make a difference in the lives of other women and children. Dr Johnson is one of only two South Africans who received bursaries from the Margaret McNamara Memorial Fund (MMMF) in 2015. The other seven recipients were from Nigeria (two), Mozambique, Eritrea, Zimbabwe (two), and Kenya.

The grant was awarded to Dr Johnson to facilitate the completion of her PhD studies. In her thesis, titled ‘An exploration of the common pain-related vocabulary typically developing children use: Implications for children who use augmentative and alternative communication’, she used a mixed-methods approach to develop a vocabulary list that children with significant communication difficulties can use to express their pain. She also developed a model for the process of selecting vocabulary for sensitive topics. As a follow-up to her PhD studies, Dr Johnson will now investigate the implementation of augmentative and alternative communication in hospital settings.

The MMMF was founded in 1981 in memory of Margaret Craig McNamara, who dedicated her life to improving the lives of underserved women and children around the world.

The MMMF awarded its first educational scholarship in 1983 and in 1987 it achieved official status as a non-profit public charity. For more than three decades, its Board of Directors has worked – with ongoing support from the World Bank Family Network (WBFN) and many volunteers – to expand the programme to four universities in South Africa (one of them being the University of Pretoria) and five Latin American countries, and to increase the annual number of grantees. As of 2014 the MMMF has awarded grants to more than 250 outstanding women from more than 60 developing countries. The recipients are women who are committed to returning to their countries and working to improve the lives of women and children.

The staff at the CAAC congratulate Dr Johnson on this wonderful achievement. 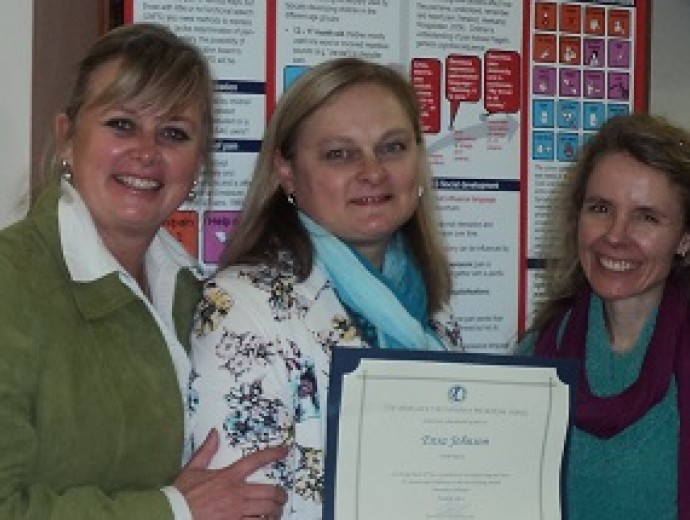