UP student is international body's face for March

In 2001, the internal auditing programme presented by UP’s Department of Auditing became the first of its kind in the Southern Hemisphere to be awarded Endorsed Internal Auditing Programme (EIAP) status by the IIA. Today the Department is one of only six tertiary institutions in the world to be accredited as a Centre of Excellence in the Institute's IAEP programme.

Ms Crous is currently working at KPMG and hopes to remain there as long as possible in order to gain as much experience as she can, while gaining more knowledge about the profession that she is so passionate about. She describes herself as a perfectionist and says that internal auditing not only suits her personality perfectly, but is also a profession in which she feels that she can make a difference.

When asked how participating in the IAEP Programme at UP has given her an advantage over others who are looking for internal audit jobs, Ms Crous replied that South African companies explicitly source students from UP because of the institution’s IAEP programme. She explained that the knowledge that she had gained while studying has enabled her to complete internships at various companies, and that the feedback she had received during the course of these internships has emphasised the level of her theoretical knowledge.

Ms Crous says that she would like to play a part in getting the message of the internal auditing profession out there, as she firmly believes that while students cherish the experience and insights of people with a lot of experience, they also appreciate those of someone who is passionate about the profession. Her advice to anyone who might be considering a career in internal auditing is: ‘Go all out! Internal auditing is an exciting and interesting career and will never be boring. There is so much to do and there are so many opportunities.’ 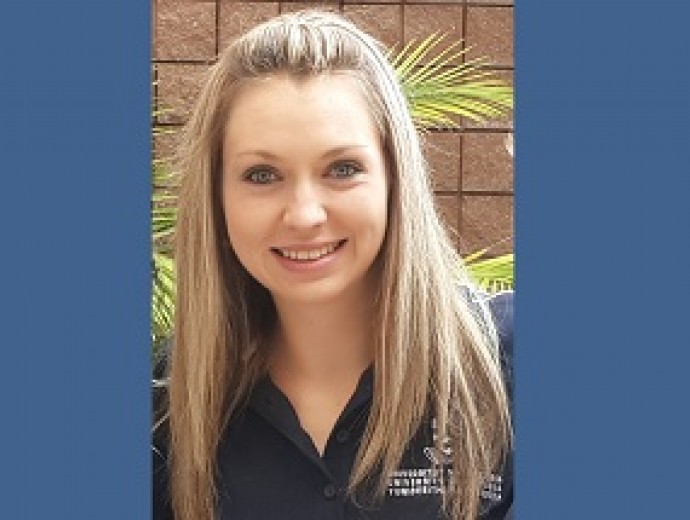