I studied Anthropology and Sociology at The Univeristy of Glasgow, receiving my undergraduate degree in 2001. I then received my PhD in Social Anthropology from the London School of Economics in 2007.  My thesis was based on a decade of ethnographic work in the Venda region of South Africa, and investigated the relationship between music, traditional leadership, AIDS education, female initiation and poisonings. The thesis was awarded the Audrey Richards Prize by the ASA (UK), and published as AIDS, Politics and Music in South Africa by Cambridge University Press in 2011.

Outside of the academy, I play guitar and sing in a reggae band. 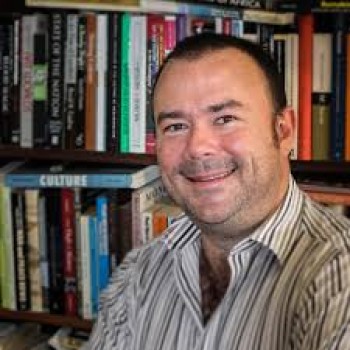