A few years ago, PhD candidate Lourens Swanepoel, under supervision of Prof Michael Somers and Dr Fredrik Dalerum of the Centre for Wildlife Management at UP, decided to look into the survival rates and causes of mortality of leopards in southern Africa. Before Swanepoel’s research, there was little science available regarding the viability of the species. The little data available stemmed from only two studies dating from the late 1970s and one during the late 2000s.

As Swanepoel gathered information, one thing was becoming depressingly clearer – leopard survival rates were under pressure, largely related to human activities. The objectives of his study included understanding why leopard survival rates were low and investigating existing wildlife management systems as possible reasons for such low survival rates. He soon realised that in order for his children and next generations to see wild populations roaming freely, better management interventions would have to be put in place.

Leopard survival rates, in protected as well as in non-protected areas, were found to be low for a variety of reasons, such as trophy hunting, killing of problem leopards and poaching for skins. Swanepoel regards the illegal and legal killing of so-called ‘problem leopards’ as the most troubling reason. Leopards live in very complex and stable social systems, which are disrupted whenever a leopard is killed. Besides the loss of the animal, the disruption of the social system leads to high levels of intra-specific conflict, which normally leads to additional mortalities. Adding to the complexity of this problem is the deep-rooted opinions people have of predators. Large carnivores have long carried the connotation that they are vermin and troublesome to the livestock and game farmer and that they need to be eradicated. Because leopards’ habitat includes protected as well as unprotected areas, they often fall victim to accidental and non-accidental deaths. Accidental deaths include snaring and roadkill. Non-accidental deaths include people’s deliberate efforts to get rid of them in the form of trophy hunting or killing so-called problem leopards on livestock and game farms.

Because leopards roam across wide areas, their range often crosses livestock and game farms; smaller farm animals are easy prey for leopards. Livestock farms are usually easier to manage, and there are ways that leopards can be deterred from entering the farm, such as the introduction of livestock guarding dogs and suitable fences.

Game farms, however, are a different story, and the rapid growth in the game farming industry is proving most negative to leopard numbers. Game farms are not suitable grounds for guarding dogs, as guarding dogs cannot guard wild animals such as antelope. Game farms are also often much larger than livestock farms and therefore much more difficult, though not impossible, to manage. Swanepoel says that a large proportion of game farms are business enterprises where profit ultimately drives decisions. It is becoming increasingly common for game farmers to spend vast amounts of money on breeds of game such as the black impala and other expensive colour morphs. Farmers will resort to drastic measures to protect these ‘commodities’. Applying for permits to get rid of leopards is not an impossible task when the law says if a predator kills any wild specimen, it can be classified as ’causing damage’. Swanepoel stresses that, if farmers are spending millions on exotic animals, adequate precautionary measures should be taken to protect them. Unfortunately, farmers do not always take adequate precautions, resulting in leopards often unfairly being classified as ‘causing damage’. The same applies to most of the larger carnivores in South Africa.

Swanepoel’s data shows that leopard killings on game and livestock farms are having a huge effect on the survival rates of leopards. Especially adult females are taking a heavy toll, which has dramatic effects on population viability, even though the perceptions of the public and of farmers are that leopards are increasing in numbers.

However, studying leopards is a huge challenge and data is limited. Massive gaps exist between the scientific research and the application of this research on the ground. Researchers can only take their work up to a point, with the main focus usually being on getting research published. How the research is disseminated and received is often beyond the researcher’s control. Ideally, governmental involvement in effecting adequate management and implementation would contribute to the acceptance of scientific research.

All the data presented in Swanepoel’s study is data that can be defended. According to this data alone, leopard numbers and survival seem to be vulnerable rather than a ‘least concern’, as previously thought. Swanepoel notes the existence of other factors causing leopard numbers to dwindle which are not included in his study. These include poaching leopards for muti and for the skins. In South Africa, the Zulu practice of wearing leopard skins during religious celebrations is hugely affecting leopard numbers.

Based on Swanepoel’s findings, there is definite cause for concern regarding the viability of leopards in southern Africa. The fact that suitable habitats are often not in protected areas increases the threat to their numbers. Unethical hunters and farmers also do not bode well for leopards. One certainty remains at this stage – the mortality of this elusive creature is a direct result of human activities. Swanepoel’s research, however, offers some hope by successfully highlighting how predators, specifically leopards, show where problems in wildlife management exist. If these management issues are addressed, leopard populations will most likely recover. 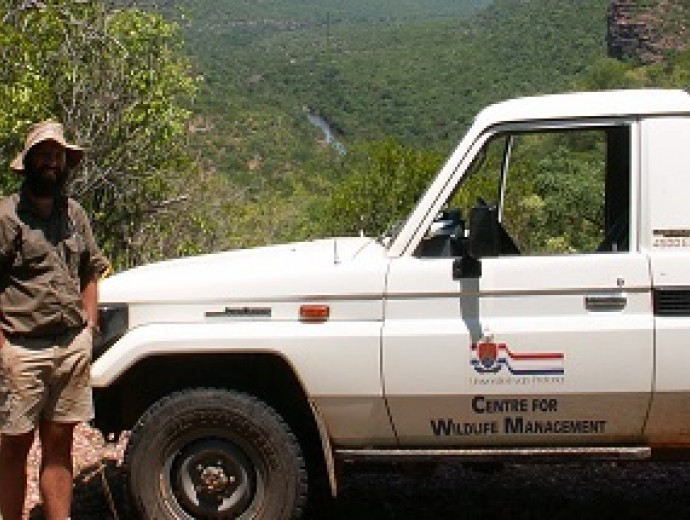 Lourens Swanepoel in the field